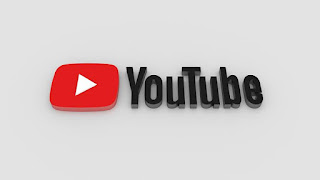 Goodday everyone! Welcome to Crmnigeria. Social media is evolving every day, and this time, the video streaming platform YouTube is testing a similar video streaming format as another popular video app, Tiktok.

READ ALSO: HOW TO SUBSCRIBE TO MTN 2GB FOR N500
Tiktok is a social media video app that runs on short video clips which range from 10 seconds to a minute. YouTube is said to be testing a the new short video feature on its mobile apps. The feature will allow users to create and upload short video clips, 15-seconds in length, quite similar to TikTok.
The new feature is currently available to very limited users, and it is expected that the feature will be launched a mass rollout once the testing phase is over. This development was announced by YouTube on its user support website. In The streaming announced the arrival of the new feature and have concluded to calling it “YouTube Shorts.”
The video platform, owned by the company Alphabet explains in a post that the feature will allow creators and users to record multiple clips directly on the YouTube mobile app and upload the entire clips as one video. If the video is less than 15 seconds long, it can also be uploaded directly after recording. However, if the user wishes to upload a video clip longer than 15 seconds, it needs to be uploaded from the phone gallery onto the app.
This feature is currently limited to selected Android and iOS users, and it’s availability can be checked by finding the option ‘create a video’ in the mobile upload flow in the app. It is still not known if the feature contains video tools and editing such as filters, music, effects and so on, as seen on the TikTok app.
In the same light, other popular social media platforms such as Facebook are
trying to rival TikTok with their own similar video apps. Facebook was known to be testing a new app for music lovers, called Collab, last month. According to Facebook, the app will allow users to create and merge short music videos. In 2018, Facebook also launched a similar TikTok-inspired app, Lasso.
Personally, I feel like TikTok has a lot of competition and need to up their game. What do you think? Drop a comment below!
SEE ALSO  How to clone a SIM card in minutes

How To Make Money | Easiest Method To Generate Money Fast

How To Convert Your Airtime To Cash In Nigeria