The rise and growth of YouTube has created some of the biggest social media market, it widely used and it specializes in
marketing entrepreneurs and has enabled its audience to navigate the platform to their liking. Because of the business YouTube has become a catalyst for famous YouTube creators, regular people who with a dream to make it in the “Hollywood Industry.” YouTube provided the resources to both upcoming and establish stars, so they would could​ ​share their content and be given the opportunity to partner with other Public Relations and Marketing teams for other businesses.
I analyzed what makes YouTube a culture, and how people use the medium to establish a career in the media. Since YouTube is a medium and part of media, I will be looking into how these content creators have become social media icons and millionaires in Nigeria and Beyond. 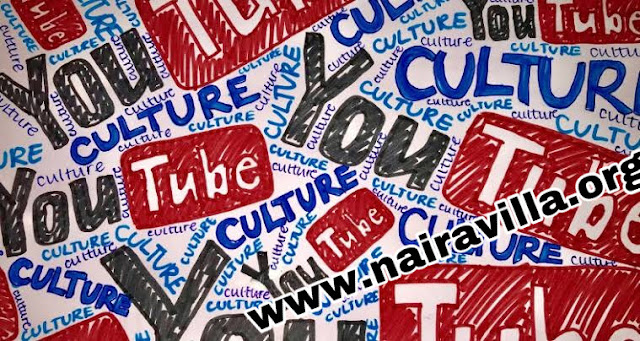 I created content of my own that replicates that of YouTube Culture now, uploaded and released one video every week over the past 11 months that fall under the categories listed: Vlogs, Challenges, live streams, gaming, beauty, DIY’s, sit down chats, music videos, Q and A’s, skits, etc. I also break down some of my own YouTube channel analytics to measure growth of my audience on YouTube
YouTube has become the new TV, at least for me it has. That seems to be a pretty
bold statement people wouldn’t have understood in 2005.  Great Creators like Chad Hurley, Steve Chen, and Jawed Karim (ages range from 38-40)​ ​thought up this idea after shooting videos together and realizing they had no way to share what they made with each other. “Youtube Co-Founders Split,” (2014). All three men worked at PayPal together, and were able to use the money they earned from their already well-paying jobs to create the concept for YouTube. This all took place after a dinner party in San Francisco that lasted well into the morning. They wrote many of the concepts on a Denny’s napkin. After some Years later they took their idea to Google which bought their concept from them for 1.6 billion dollars. These PayPal workers didn’t realize how far this actual concept would carry, but it has lasted 12 years and billions of dollars as Google’s second largest social media platform and the primary provider for online videos.
The internet holds a plethora of information, and also a variety of information allowing for different ways to retrieve it. Search engines are just one way people can retrieve information on the internet. Yahoo, Bing, and Google are all very well-known search engines. Some of these companies own extremely intelligent sections of the internet. Since Google owns YouTube, it is one of the most well-known sections of the internet. YouTube has played a significant role in the growth and knowledge of social media as a whole.
Hurley and Chen were working on three main products before selling Youtube to Google. They started a company together in 2011 to allow them to pursue multiple projects at that time. Although ​they were brainstorming and conceptualizing nine different products at one time, Avos Systems, Mixbit, and Google Venture were the three most developed. Even though both they worked on these together, Avos Systems and Mixbit were the “brain babies” of Hurley’s, and Google Ventures was Chen’s idea. Today, the three original creators of Youtube are all working on their own products to launch, but all of the p​roducts are focused on video-sharing.
There are however, some technical challenges people face when using a video-sharing platform such as YouTube. Other than user errors, the platform itself has been experiencing technical difficulty as well. Over the last couple of months, the platform has had numerous glitches that are being worked out by headquarters. Subscribers are being lost, which means ad revenue drops per video, since less people are receiving notifications about new videos being uploaded. This issue has had many content creators upset for a couple reasons; they aren’t making as much money as they are used to, but more importantly they are losing their audience. If this problem isn’t resolved soon, these young entrepreneurs could begin using their platforms to speak to corporate to make ensure it is fixed. For many, YouTube is their job and their livelihood. If the system fails, their jobs are threatened and can be lost, making them build their successes over again from scratch.
ear: both; text-align: center;”>
SEE ALSO  Reapply for Npower if you did this during registration

How to Make Money On Fiverr | Generate Money Through Fiverr

Sweetcheous, You can now play GTA 5 offline Apk Mod for free on your Android phone, Get all download links +OBB file here

How To Build Linux Operating System