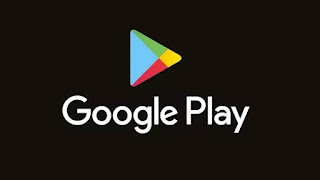 Hi there! Welcome to Crmnigeria.

Google play store is the online app store that offers vast access to numerous applications that suits your needs on almost every Android operating device. But not every app out there was created for your pleasure and entertainment, there are certain apps – called Trojan apps – that are designed to steal personal information once an account is linked to it.
ALSO READ: HOW TO SUBSCRIBE FOR GLO 2.4GB FOR N500
Google Play Store is said to harbor at least 17 different apps that are a part of a Trojan app family called HiddenAds. This was discovered by the cybersecurity company Avast, known most popularly by their Anti-virus applications. The apps were discovered to be a part of a huge HiddenAds app campaign that initially targeted users in Southeast Asia and India. Avast researchers noticed that these apps were designed and disguised as games but are actually programmed to display intrusive ads and viruses and can steal personal information of users who make use of them. The research team noticed that those Trojan apps display the ability to hide their icons from showing on the affected devices and show timed ads that can’t be skipped forcing users to view it.
The team of Avast researchers discovered a total of 47 apps initially belonging to the HiddenAds family. Google, took precautions and removed 30 of those conspicuous apps upon receiving reports from Avast.
The Avast Threat Operations Analyst Jakub Vávra explained, “Once the user downloads one of the Trojan apps, a timer starts within the app. The user is allowed to play the “game” for a set period of time, after which the timer triggers the hide icon feature of the app,”. “Once the icon is hidden from view, the app starts to aggressively display ads throughout the device without needing further actions from the user.”
Some of these Trojan apps discovered by the Avast team are claimed to even go as far as opening the browser of the user’s phone to display intrusive ads. Since the apps hide their icon after a certain time limit, their victims aren’t able to understand how the ads they see on their devices get there. Although on the bright side, the Trojan apps can still be uninstalled through the app manager of the device.
In total, the apps carrying the Trojan HiddenAds have said to have been downloaded more than 1.5 million times. It is also noted that some of the most downloaded titles that were being used at the time of this discovery includes Spot Hidden Differences, Skate Board – New, Find Hidden Differences, Tony Shoot – NEW, and Stacking Guys.
HOW TO BEWARE OF THESE TROJAN APPS
Avast has carefully advised users to be cautious and look for the permissions of the apps they want to download before installing them on their devices. It is also said to be important to take time to actually read the privacy policy and terms and conditions of the apps being installed seeing as many users usually ignore this part of any app installation. Also, users are strongly recommended to reconsider the idea of downloading apps that has a large number of negative reviews.
Please beware of these malicious apps on the Google play store and take extra precautionary measures to protect your personal information. Please drop a comment below on your thoughts.
.
SEE ALSO  ​​Glo unlimited browsing cheat on 24Clan VPN Lite

What You Need To know About The Latest iPhone SE (2020)(Release Date, Price, Specs)

HOW TO BE SUCCESSFUL IN LIFE

A Simple Trick To Convert Any Article Into Audio On Android