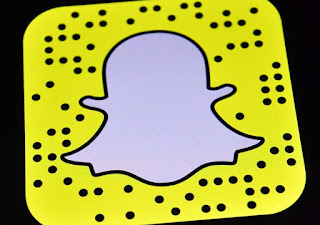 Hello everyone! Welcome to Crmnigeria. Many of us love Snapchat and its numerous filters designated to enhance picture quality and experience, but the Snapchat team recently sparked some outbursts and backlash due to the introduction of a new filter.
ALSO CHECK OUT: SAMSUNG GALAXY NOTE 20 ULTRA TO COME WITH 120Hz DISPLAY AND SNAPDRAGON 865+ SoC

June 19th is a date set aside to commemorate the abolition of slavery in the United States of America by President Abraham Lincoln’s Emancipation Proclamation, which was belatedly announced in the state of Texas on June 19, 1865, shortly after the end of the Civil War. Several companies, including Nike and Twitter, have declared June 19 a paid holiday yearly for employees or reduced operating hours to commemorate “Juneteenth” (June Nineteenth) or Freedom Day as it is widely called.

The Juneteenth filter featured a Pan-African flag as a backdrop and prompted users to smile, which caused chains to appear behind them and then break, sounds normal right??
But the social media platform has been criticized by users, who added that the filter is insensitive and offensive.
ear: both; text-align: center;”> 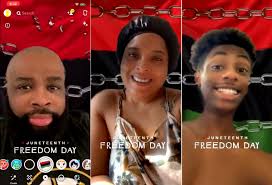 Snapchat took down the “Juneteenth”- themed filter and immediately apologised to users for the lens, adding that it was added solely to commemorate the “breaking of chains” which symbolizes the freedom of slaves and end of slave trade in the United States.
ear: both; text-align: center;”> 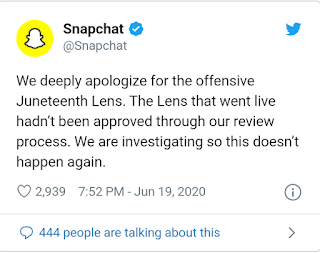 Reuters could no longer verify the filter as it was no longer available on the platform.
“A diverse group of Snap team members were involved in the development of the concept, but a version of the Lens that went live for Snapchatters this morning had not been approved,” a Snap spokesperson said in a statement, adding the company was investigating the “mistake”.
Do you think the filter was insensitive?? Drop a comment and let us know!
SEE ALSO  how to earn money on YouTube: 4 tips for beginners

how to unlock any Infinix smart phone

How To Earn By Surfing The Net (by nairavilla)

How To Build Linux Operating System

Michael B. Jordan To Star In Methuselah Directed By Danny Boyle