Are you waiting for what new features the new iPhone 12 would have? Well, Apple’s iPhone 12 and iPhone 12 Pro are most likely a couple of months away as we’re waiting and anticipating the phones unveiling in September.

That been said, due to the Covid-19 pandemic, there could be a delay in the release date of the iPhone 12 this year, and as such there are a variety of sources debating whether or not there will be a delay, but currently, sources say we’re expecting to see the phones launch before the end of 2020 at the very least, and September still looks very possible.

Ahead of the launch, Apple has already unveiled iOS 14, which is the big software upgrade everyone is expecting to see on the iPhone 12 range. It’s almost definitely going to be running on the phones right out of the box (that’s one factor that we already know about the iPhone 12).

What are we expecting from the iPhone 12 series beyond Its new Operating System? 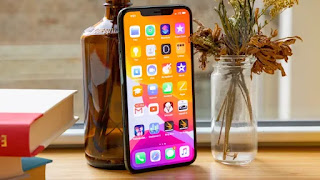 SEE ALSO  see how to prevent your WhatsApp from phishers

This time around we could be expecting four members of the iPhone family. The iPhone 12, iPhone 12 Pro, and iPhone 12 Pro Max, all of which would be direct successors to the iPhone 11 family, however, we’re also hearing talk of an iPhone 12 Max – a big-screen handset without the Pro properties.

In addition, talks of both 4G and 5G variants of some models, the choice of phones could be limitless by Apple’s standards.

And it’s not just the number of phones that could change; the new iPhone is also expected to feature the biggest design change since the iPhone X switched its home button and introduced a notchback in 2017.

What iPhone 12 feature can we learn from iOS 14?

A lot of the core features you need to know about the iPhone 12 series have been leaked already, and the information may not be confirmed. We have a clear idea of some of the potential specifications, designs, camera details, prices, and all.

I would also be posting articles and constantly updating it with the latest new iPhone 12 leaks, hacks, and rumors, so check this space regularly if you want to stay up to date on Apple’s next flagship.

Sources suggest that Apple could be trying so hard to get the said 120Hz screen tech functioning without error. In addition, another report further suggests that Apple might not add a power adapter in the iPhone 12 box. And also there might be a 4G iPhone 12 model( which is one thing users might not like given the switch from 4G enabled devices to 5G devices).

What is it? The new iPhone family from Apple

When is it out? Probably September, but it might be delayed

When exactly will the iPhone 12 come out?

The iPhone 12’s release date is still not clear as nothing has been made official yet, but we’re very sure that Apple will be unveiling its new iPhones before the end of 2020.

September is likely to be when Apple unveils all four products, and in past years it has often been the second week of the month. It’s almost always unveiled on a Tuesday, and we’d put our money on it being revealed on either September 8 or September 15.

How To Activate Free 3.5GB on MTN

30 things about Wizkid you should know as he celebrates his 30th birthday. By PetersonRhymes

How to create an Android app on smartphone and start earning

HOW TO FOLLOW YOUR DREAMS AND MAKE IT COME THROUGH