Its Time To Make Or Mar Bitcoin

Bitcoin has used 2017 to build itself up, not just in price, but in popularity as well. Ok, but its price growth was spectacular. Starting out at just under $1k and the catapulting to $20k is no easy feat, but one that Bitcoin managed to achieve in less than 12 months.
In addition, the cryptocurrency has been accepted by big names like CME and CBOE who have both recently launched futures trading. Hot on the heels of these launches saw a massive price correction, with Bitcoin trading as low as $8k on some exchanges.
Mohamed El-Erian, the chief economic adviser at Allianz, has said that this is the “moment of truth” for the currency and that the crypto market is currently at a “defining” juncture. The price correction affected the whole industry, fluctuating the combined market cap by a couple of hundred billion dollars over a few days.
El-Erian gave his thoughts on how the events of the last few weeks could impact Bitcoin’s future: 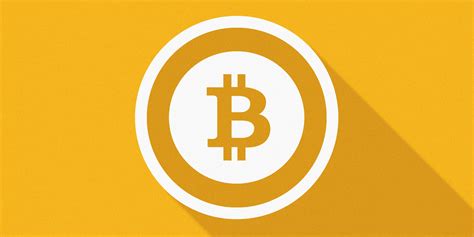 “Either this sharp price correction will act as a catalyst for expanding what, until now, has been quite limited institutional involvement in this market, or it will become a stage in the deflation of a remarkable and historic asset bubble.”

It’s not the first time that Bitcoin has been subjected to El-Erian’s critique. He has previously said that the currency should be worth between $1,3k and $2k, a far cry from the nearly $15 that it’s currently trading at. He also believes that mainstream adoption won’t happen and that the currency is only supported by a small investor base.
He added that a “healthy” correction would eliminate the “irrational exuberance” displayed by the current market. In addition, lower prices associated with a correction would allow more people, both individuals and institutions, a chance to invest in the currency.
He further explained the significance of the correction:

“Absent this, not even the deep commitment of true believers will be enough to individual retail investors who would end up experiencing a price appreciation and collapse that would rival even the biggest investment bubbles in history.”

El-Erian also discussed the fact that Bitcoin has attracted less government interference than expected, except for China. The country has been on an aggressive campaign to clamp down on anything crypto-related, first banning ICOs and then crypto exchanges.
Even though the price of Bitcoin did decrease after China’s regulation efforts, it subsequently soared higher than ever, again showing its unpredictability as most experts expected it to simply disappear after China’s actions. The currency’s trademark volatility makes it difficult to pinpoint its next move, but we’ll all be waiting with bated breath to see just what it will pull out of that magical Bitcoin bag.

SEE ALSO  What You Should Know About Bitcoin