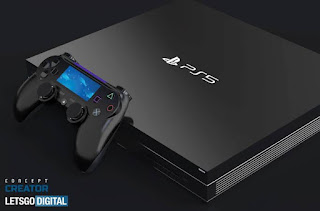 ear: both; text-align: center;”>
Hello everyone! Welcome to Nairavilla.

Gamers all over the world have been anticipating the release of the latest Sony console, the PlayStation 5 (PS5), and sure enough, the console dropped with a bang much to the excitement of the whole world.

CHECK OUT THE BEST SPECIAL LAPTOPS FOR PROGRAMMERS
The Sony console comes with amazing features and quite a fair price for it’s super quality features. The cool features of the Ps5 includes its one of a kind Dualsense controller appealing both in view and function, its ability to play the predecessors(ps4) games, and also its amazing hardware features which includes AMD Cpu and Gpu, 8x Zen 2 cores running at 3.5GHz, NVMe SSD slot, 4K UHD Blu-Ray Drive,and many more.
FEATURES OF THE PLAYSTATION 5
1. Dualsense controller
The PlayStation 5 console comes with its controller called “Dualsense”. After all the lifetime of hate for Sony dualshock controllers, what makes the Dualsense controller superior over its predecessor’s is its Built in microphone and Create button features.
ear: both; text-align: center;”> 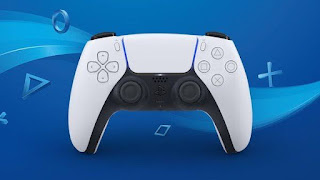 Here are the reviews of the features of the dualsense controller:
SEE ALSO  Google Confronting Attack of Antitrust Cases in US: Report
HARDWARE FEATURES
2. STORAGE
The PlayStation 5 comes with 16GB of Ram and 825GB of Rom, the Ps5 memory can be expanded with a NVMe SSD slot.
The good news is that there are few SSD card can be compared with the ps5’s. An official list of the compatible SSD will be released soon.
3. PROCESSOR
The PlayStation 5 console is powered by a custom AMD Cpu and Gpu that are 8x Zen 2 cores running at 3.5GHz and also possess a graphic processor based on Ryzen line running at 2.3GHz, producing an astounding 10.28 teraflops.
INTERESTING FEATURES ABOUT THE PS5 CONSOLE
SEE ALSO  How to Get 5GB for N1000 {Mtn Data Deals}
PRICE OF PLAYSTATION 5
The PlayStation 5 price is at Approximately ₦180,000 – ₦200,000 Nigerian naira.
I hope you all enjoyed this review??
Hopefully the PS5 is an improvement and it’s launch is definitely worth the hype!
Drop your comments about the PS5 below!
Share This Post
error: Content is protected !!