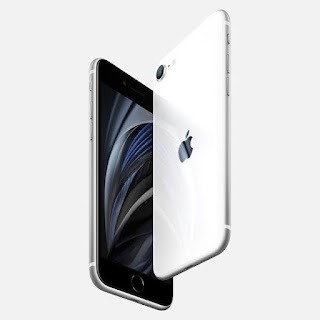 The Apple company keeps on blowing our minds with their amazing products, ranging from their smartphones to their laptops, tablets and ipods.
Apple is definitely one of the best technology companies in the world as they also run their own OS and iOS.
ALSO READ: HOW TO MAKE MONEY ONLINE FROM LPV FORUM
In this post, I will be reviewing the younger brother of IPhone 11, – the new IPhone SE 2020..
March 2016 was the first time Apple released an iPhone SE (the original version) which was premiered three years after the release of the Apple iPhone 5s then. The iPhone SE original looked just like the iPhone 5s, in display, build and had the same processor too.
In April 2020, Apple announced its second phone in the iPhone SE series, the Apple iPhone SE 2020. This product was announced three years after the iPhone 8 was released and has the same features as the iPhone 8 in build and display but the only difference was that  had the processor of the iPhone 11 pro which was the current device at that time of release. So, I guess this brings us to a kind of pattern for the release of Apple iPhone SE series.
FEATURES OF THE IPHONE SE 2020
1. Packaging
The iPhone SE 2020 comes with all the normal expected accessories for a normal iPhone that includes: the earpods with lightning connectors, the lightning USB power cable and the 5w USB Power Adapter.
2. Hardware and Software
The iPhone SE 2020 runs on the latest iOS 13 which is also same as that on the iPhone 11 series.
Amazingly, the iPhone SE 2020 is also featured with the same chip on the iPhone 11; the A13 Bionic chip. And this device is powered by a whole 3GB of RAM accompanied with 64GB, 128GB and 256GB storage options.
3. Display
The iPhone SE 2020 looks just like the iPhone 8 in the display, also having a 4.7″ Retina IPS LCD, 750P. Other features of the display are wide color display, true to tone display, 1400:1 contrast ratio and 625 nits max brightness. A little underlying difference in display is that the iPhone SE 2020 has a built-in haptic touch feature while the iPhone 8 has a 3D touch feature.
4. Build
The iPhone SE 2020 has a height of 5.45″ with a width of 2.65″ accompanied with 0.29″ depth, as you can guess is the same as the iPhone 8. This model has its fingerprint panel on the front. with a single camera on the back-sided by a single flashlight.
5. Camera
The iPhone SE 2020 was not blessed with the best camera features as expected from Apple smartphones but it’s cost of $399 has its limits especially when Apple deals with its devices.
On the rear, a 12MP camera is mounted with an aperture of f1/8 and is capable of shooting 4k videos at 60fps. On the front, a single 7MP selfie shooter is mounted with an aperture of f2/2 and shooting videos maxed out at 1080p, 30fps. What is obvious here is that the camera setup for the iPhone SE 2020 is the exact same as that of the iPhone XR.
PRICE OF IPHONE SE 2020
Compared to other high priced apple products, the iPhone SE 2020 seems to have rather low price compared to previous products. The phone is sold at an affordable price of about 167,000 Naira ($399) for the 64GB model and a higher price of about 174,270 naira ($449) for the 128GB model, which is a very low price when compared to it’s qualities and features in comparison to other Apple smartphones.
Do you think the IPhone SE 2020 is worth the price?? Drop a comment below!
SEE ALSO  VODAFONE GHANA 500MB CHEAT FOR EC TUNNEL VPN

HOW TO GET REGISTERED FOR NPOWER 2020

How To Activate Free 3.5GB on MTN