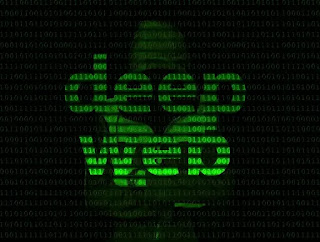 ear: both; text-align: center;”>When most of us think of the internet, we imagine day-to-day activities like watching a video, checking the news or booking a vacation online. However, under the surface lies a shadowy corner of the web where terrorists, criminals, and whistleblowers lurk.
ear: both; text-align: center;”>
The Deep Web has been heralded by many as the last bastion of internet privacy in an increasingly intrusive age, while others consider it one of the evilest places on the internet.
In this article, we will delve into the murky worlds of the Deep Web and The Dark Web in a bid to separate facts from fiction and uncover the truth about this controversial corner of the web.

INSIDE THE DEEP WEB

The Deep Web refers to any website that cannot be readily accessed through any conventional search engine such as Google or Yahoo! Search The reason for this is because the content has not been indexed by the search engine in question.
In layman’s terms, the Deep Web is just another ‘level’ of the internet. Residing below the “surface,” it is the deepest level of the internet.

Indexing is best explained through contemporary search engine Google and its robust, high-performance system of indexing. Google’s indexing methods rely largely on a process referred to as “crawling,” which is akin to a virtual spider crawling amongst the multitude of pages on a website that is readily accessed by clicked links.
A cursory scan is implemented, thus rendering the pages’ content to a format that can be sent to Google’s massive index servers, at which point the data is contextually organized and entered into a collective of algorithms that comprise the search engine.
If a website is not indexec by a search engine, it can only be accessed by navigating directly to the URL via a link or typing in the exact web address in to a web browser.

WHO BENEFITS FROM THE DEEP WEB?

Former military, government, and corporate employees are coming together en masse to report widespread (and largely unknown) corruption within their respective fields. Working in conjunction with investigative reporters, these individuals can communicate top-secret and classified information to the media to expose corruption under a modicum of protection.

Anonymity is of paramount importance for these figures, who utilize the Dark Web as an application to conduct communication measures safely and privately.

Citizens living in countries ruled by oppressive regimes often do not have ready access to news, information, and critically important data pertaining to the health and sustainability of society as a collective whole. The Deep Web offers members of society living under oppressive political regimes a relatively safe way to garner crucial information for their own needs, in addition to exporting it out of the country.
ear: both; text-align: center;”> 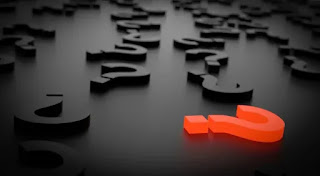 WHAT’S ON THE DEEP WEB?

The hidden world of the Deep Web contains a plethora of data, information, and a wealth of possibilities, including but not limited to the following:

WHY DO WEBSITES USE THE DEEP WEB?

What the above all have in common is that their information is not intended for public consumption. The owners of the content may go to great lengths to render the information inaccessible by ensuring it doesn’t show up in internet browser search results.
It is worth noting that the Deep Web is not always illegal and there are plenty of activities taking place that are entirely within the context of the law. Activities such as those listed below are commonplace on the Deep Web, with a membership often comprised of in-the-know internet users well-versed in accessing the Deep Web.

INSIDE THE DARK WEB

Known throughout the world as the Dark Net, the Dark Internet, or most commonly, the Dark Web, this corner of the internet lies within the deepest points of the internet abyss.
Accessing the Dark Web requires a certain degree of savvy internet prowess, with a required list of steps that must be taken to not only enter this enshrouded world while maintaining the utmost privacy.

In an effort to maintain privacy, Dark World visitors commonly utilize specialized anonymity software such as Tor to mask their identity. Traditionally, when an internet user visits any site that exists on the world wide web, they are tracked via their Internet Protocol (IP) address.
In stark contrast, surfing the Dark Web is an entirely different matter altogether, with masking software used to render a personal computer anonymous while masking identity, location, IP address, and more.

Who Uses The Dark Web?

The Dark Web has historically been a realm that has been accessed by a small minority of internet users. Out of the billions of internet users accessing the internet on an everyday basis, Dark Web use remains around3 percent.
While usage of the Dark Web may seemingly be minuscule, the network’s individuals, businesses, and various trafficking organizations have rendered it a highly powerful force that has resulted in countless internet users desperately wanting to access the Dark Web and to ultimately become a part of its anonymous user base.

What is Available on The Dark Web?

The Dark Web remains incredibly attractive to internet users for a wide range of reasons. The enshrouded nature and complex methodology required to access this world have effectively made it a secret world, full of salacious activity, black markets, sights, and perks limited to a select few.
Listed below is a sampling of the many things to be found using Dark Web links:

Popular Dark Website “Fake Documents” specializes in selling top-notch replica documents from every nation in the world. A United States passport can be had for as little as 1,000dollars.

Every strain, potency, and type of Marijuana can be found on the Dark Web. Meanwhile, prices are often lower than those typically found in the “regular” market.
Traditional internet browsers such as Google can amass up to a million daily hits for “how to buy marijuana on the Deep Web,” indicating a mammoth interest in entering the hidden world.

On the Dark Web, it is very easy to procure stolen/hacked accounts to popular websites and services such as Netflix, Spotify, Uber, and PayPal
Commonly stolen accounts include Netflix at just one dollar, hacked Uber accounts for the purposes of evading law enforcement, Spotify accounts for pennies on the dollar, and PayPal accounts that buyers can empty out at will.
To be continued Stay glued to Naira villa
← Previous Post
Next Post →
CrmNigeria © 2020 Frontier Theme
error: Content is protected !!