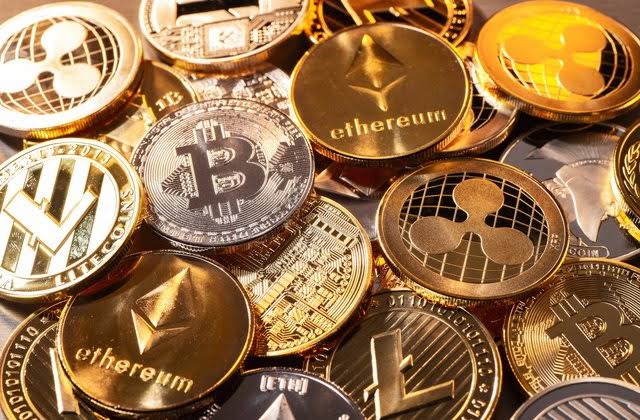 ear: both; text-align: left;”>
ear: both; text-align: center;”>Today I will give a short introduction to cryptocurrency and blockchain technology. The main focus on the introduction is on Bitcoin,  discussing it further many elements are shared by other blockchain implementations and alternative cryptoassets in The Technology. Before I conclude that Bitcoin has a wide range of interesting applications and that crypto assets are well suited!
Some like minds like me already know Bitcoin originated with the white paper that was published in 2008 under the pseudonym “Satoshi Nakamoto.” It was published via a mailing list for cryptography and has a similar appearance to an academic paper. For me the creators’ original motivation behind Bitcoin was to develop a cash-like payment system that permitted electronic transactions but that also included many of the advantageous characteristics of physical cash. To understand the spe- cific features of physical monetary units and the desire to develop digital cash Transactions!
The Word Cash is represented by a physical object, usually a coin or a note. When this object is handed to another individual, its unit of value is also transferred, without the need for a third party to be involved . No credit relationship arises between the buyer and the seller. This is why it is possible for the parties involved to remain anonymous.
The great advantage of physical cash is that whoever is in possession of the physical object is by default the owner of the unit of value. This ensures that the property rights to the units!
As you all know Cash is a very important object to the world, which can be also used as a legal tender to buy Goods and Pay for Services, Cryptocurrency is the modern Day cash that is widely accepted in the world today! An ideal payment system would be one in which monetary value could be transferred electronically via cash data files Such cash data files retain the advantages of physical cash but would be able to circulate freely on electronic networks.
SEE ALSO  365 Inspirational and Motivational Quotes for Inspired Living

A specific feature of electronic data is that it can be copied  by any number of times at negli- gible cost. This feature is highly undesirable for money. If cash data files can be copied and the duplicates used as currency, they cannot serve as a payment instrument. This problem is termed the “double spending problems

Bitcoin is a virtual monetary unit and therefore has no physical representation. A Bitcoin unit is divisible and can be divided into 100 million “Satoshis,” the smallest fraction of a Bitcoin. The Bitcoin Blockchain is a data file that carries the records of all past Bitcoin transactions!
SEE ALSO  Complete Guide To Instagram Marketing

Differences Between Paid And Organic Search In SEO

How to Make Money On Fiverr | Generate Money Through Fiverr

2 Types Of Data Analysis For Projects