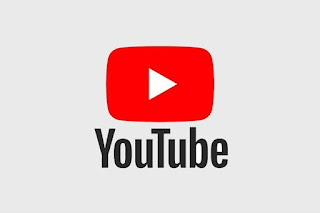 Hello everyone! Welcome to Crmnigeria. YouTube is a great place to stream videos, movies and short clips of the latest trends and happenings. But do you know that the video sharing platform is currently under tension due to a lawsuit filed against them for racism and discrimination?
ALSO READ: FRANCE’S LARGEST OPERATOR, ORANGE, REPORTEDLY MOVING INTO NIGERIA
A lawsuit filed earlier this week in a federal court claims YouTube discriminates against black and African American viewers, content creators and video makers factoring their content in respect to race when it comes to filtering or monetising video content.
The lawsuit filed in a courthouse in the Silicon Valley city of San Jose seeks immediate class action status and names as defendants of the video sharing and streaming platform and its parent companies Google and Alphabet are dragged along to the suit.
The lawsuit reads, “Under the pretext of finding that some videos violate some vague, ambiguous, and non-specific video content rule, defendants use instead computer driven racial, identity and viewpoint profiling and filtering tools to restrict, censor, and denigrate” blacks and their content alike.
YouTube uses metadata and other “signs and signals” from videos to make heinous decisions about filtering black content or placing money-making advertisements based on race, and skin colour according to the suit.
“Defendants constantly continue to intentionally, knowingly and systematically block videos, demonetise, and deny plaintiffs and other persons similarly situated in race, their contractual and other legal rights to access the YouTube platform based on the color of their skin or other perceived racial traits, rather than the material or content in their videos,” the suit continues.
Certain triggers for the software used for filtering content on YouTube include, tags on videos referencing white supremacy and superiority, police brutality on blacks, and “Black Lives Matter,” according to the lawsuit.
YouTube did not immediately return a request for comment, seeing as the lawsuit is still on.
Penny for your thoughts? Drop a comment below!
SEE ALSO  Complete Guide on How to Get access to a Locked Phone

PHRASES YOU SHOULD NEVER TELL YOUR CHILD

How To Setup Goals In Google Analytics