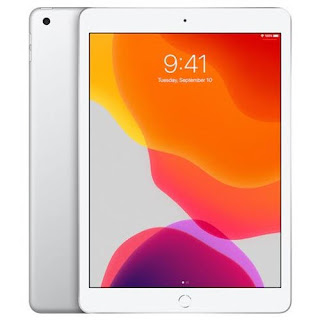 Those of us who own apple products know that they’re not a company to reckon with. With their vast array of IPhones, iPads, iWatches, etc, it is very easy to fall in love with any apple product.
READ ALSO: HOW TO GET REGISTERED FOR NPOWER 2020
Apple is set to  launch a new iPad in the second half of 2020. It features a whooping 10.8 inch screen display
Then later on in the first half of 2021, it is going to be followed by a smaller 8.5-inch model. According to a report by an analyst Ming-Chi Kuo, the 8.5-inch iPad is said to be the latest version of the popular iPad mini series, but it is unclear if the rumoured 10.8-inch iPad will be a new version of the existing Apple iPad models.
In Kuo’s research note, back on and reported by MacRumors, the new 10.8-inch and 8.5-inch iPad models will most likely include a new 20W power adapter inside the box. Other model and accessory specifications of these iPad models were not stated.
Kuo had recently tipped the public that the iPhone 12 models won’t include Apple Earpods and power adapter inside the box. But it’s not sure whether the case is going to be the same for these iPads. The analyst also expects the arrival of third-generation Airpods next year.
A report has speculated that the future iPad models will be equipped with Apple’s T2 security chip which takes their security level up a notch.
On another note, Apple has unveiled the next-generation Operating System tagged iPadOS 14. The iPadOS 14 introduces a new UI with cool redesigned widgets. It also includes new upgrades and visual differences like sidebars and pull-down menus to enable quick access to more apps by the users from a single location, without switching views. Another key feature of the latest iPadOS is the enhanced Scribble functionality.
What do you think about this??
Is this worth a wait for an apple product?
Let me know in the comments below!
SEE ALSO  Tecno Mobile to Launch AI-powered Spark 5 Smartphone in the African Market soon

Use and send messages in whatapp without data

How I made over £21000 Online during the pendemic

51 Ways To Help You With A Positive And Happy Life

How to Protect your Computer from Virus