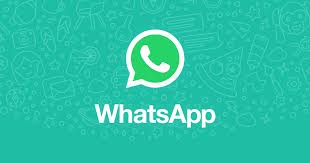 Hello everyone, and welcome back to Crmnigeria.

What’s a conversation on whatsapp good for without a really funny sticker to lighten the mood??
Using whatsapp as an everyday communication application makes none of us too unfamiliar to stickers. But imagine an upgraded form of animated stickers where the characters could actually move? Fun right?
ALSO READ: TOP 4 SMART TELEVISONS EVER TESTED
WhatsApp is currently testing batches of  animated stickers in the beta versions of the app for iPhone and Android alike. This new feature is said to be available on WhatsApp v2.20.194.7 beta for Android and WhatsApp v2.20.70.26 beta for iPhone. The messaging and chat platform is said to be working on animated stickers, however, details of entire outcome of the test are still fuzzy.
Whatsapp initially started supporting stickers generally in 2019, but it is yet to set the wheel rolling for animated stickers beyond testing. The platform includes its own default sticker packs, and also allows users to download third-party ones and also make theirs via a third party app.
The new animated stickers support was noticed by WABetaInfo in the WhatsApp v2.20.194.7 beta for Android and WhatsApp v2.20.70.26 beta for iPhone. Users who want to experience or test the new feature will need to be on these beta versions of the app. It is noted that this new feature works on WhatsApp Business as well, and it is only rolling out slowly for specific users on the normal WhatsApp.
WABetaInfo gives details that the animated stickers can be divided into three parts. With the latest beta whatsapp update, few users may be able to view stickers, and this in turn activates the ability to send, star and forward animated stickers as well. However, the other parts of the additional feature like being able to import animated stickers from third party stores and apps and downloading the animated stickers from the WhatsApp store are still not possible yet. So, it is believed that until all three parts of the feature are rolled out to beta users, the feature is not totally complete.
The animated stickers are also reported to loop their animation indefinitely and continously once sent and received by users.
I think this a fun new addition to whatsapp, although normal whatsapp users will have to be a bit patient to be able to access this cool new feature, but it should be worth it to spice up a boring conversation on whatsapp. Don’t forget to drop a comment below!
SEE ALSO  Best Ideal way to LOAD USA CREDIT CARD

HOW TO DO AWAY WITH ANGER | GET RID OF ANGER

Google Confronting Attack of Antitrust Cases in US: Report

A Complete Guide To Snapchat Marketing

Most Successful Entrepreneurs in Nigeria (2020)