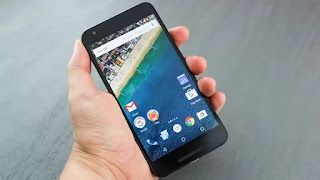 ear: both; text-align: center;”>
There are a number of factors that contribute to poor battery life on your Android phone. Thinner bodies, brighter screens, faster processors, more background software, and speedier internet connections all take their toll on phone batteries, which is why battery cases and portable batteries have grown in popularity.
With Android 6.0 Marshmallow, Google added the Doze feature, which puts the phone to sleep when it’s sitting on a table except for urgent notifications (like text messages) and occasional syncs. This battery optimization is intended to give your phone an automatic boost, but there are a few other things you can do to improve your battery life.
As this is Android, options for how to enable these services will vary by handset, but a quick search in settings should bring them up.

Think you’re going to be stuck in a situation where you need your phone battery to last longer than it normally does? Switch your phone into power saver mode, which automatically cuts back on functions that may eat battery life.
On the Samsung Galaxy S10 ($599.99 at Amazon) , for instance, there are two options. The first limits the display brightness, CPU speed, and network usage. The second strips your phone down to just the essential apps and services.
Samsung phones also offer Device Maintenance, which weeds out crashed apps, bad pieces of data, and other impurities that can take up memory on your phone and suck up energy.
Network data is strenuous on your battery, so use Wi-Fi whenever possible.
You can stop your phone from using cellular data by turning off mobile data services from the quick settings panel on your phone. You can also make use of Airplane Mode to disable all data network features and switch on Wi-Fi, though this will disrupt incoming calls and SMS texts.

Give the Active Tracking a Rest

Features like Bluetooth, NFC, Samsung’s phone visibility, and location services are helpful but drain your battery as your phone pings to connect and update. If you’re looking to preserve juice, turn them off until you actually need them.
You also might not need your voice assistant program at all times. If you have Google Assistant up and running, go into the Assistant settings and deactivate it, which will stop Google Assistant from actively listening and using up battery life.
If you have a Samsung device, you can also turn off the Bixby voice assistant feature that comes with the company’s Android phones.

Your Screen Is Too Bright

Smartphone screens look great these days, but unsurprisingly, crisp resolution and bountiful pixels are battery hogs. You probably don’t need your device turned up to the highest setting. Go into your display settings and turn down the brightness on the screen; your eyes and battery will thank you.
You should also consider disabling auto brightness, which adjusts based on your perceived needs but can also raise the brightness of your display higher than it needs to be.
You can also change how long your screen remains active. Under the display settings on your phone, set it to fade to black after a few seconds. And head into the notifications settings to disable notifications from specific apps, so your phone doesn’t light up every time a new alert comes in.

Stay away from moving wallpaper, because it takes energy for your display to animate it. It’s also a good idea to limit yourself to a background with fewer colors in it, since the display will eat up more energy if it needs to render a lot of different colors.
While widgets are tempting and convenient, they are essentially an active program usable right from your home screen, so the phone uses energy keeping the feature running. Just say no to these little guys if battery life is a problem.

A phone constantly beeping and buzzing with notifications is annoying and a battery drain, so knock it off.
Your phone has to trigger an internal motor to buzz, which—you guessed it—uses energy. Go into the sounds and vibration settings and turn vibration intensity down. Here, you can also disable haptic feedback so it doesn’t vibrate when you type or touch the screen.

Take Control of Your Apps

Developers put a lot of work into making sure their apps run as efficiently as possible. Update your apps as often as possible to ensure you’re running the best version available.
That said, app updates can be hefty, eating into data and battery life. So it might be a good idea to restrict app (and OS) updates to when you are on Wi-Fi. Or shut off auto-updates temporarily until you can juice up again.
Similarly, you can opt to shut off auto-updates inside apps, too. Perhaps your Instagram app automatically refreshes with new content as it’s available. That’s great for keeping up with your friends’ selfies and holiday stories, but it’s—everybody now!—a battery drain. In your phone’s settings, you can turn off the option to automatically sync data and manually update those apps as you use them to save a bit of battery life.
Meanwhile, keep an eye out for ad-supported apps that seem to be hogging battery. As BuzzFeed reported in March, ad fraud schemes can hijack in-app ads to run videos in the background. You won’t actually see these videos, but they’ll register as plays to the advertiser, meaning they’re duped into paying as your battery heads to zero. So it’s a good idea to periodically check on the apps that are draining your battery the quickest to see if there are any outliers you can delete.
Also read Sunday, May 24, 2020 declared as Eid-el-Fitr
SEE ALSO  3 Ways to Find Out if Your Android Smartphone or iPhone is Original or Not
← Previous Post
Next Post →
CrmNigeria © 2020 Frontier Theme
error: Content is protected !!